Marketing tips to be Heeded!!

In publishing rules are just guidelines. We give you these guidelines to help you (believe it or not). We’re not trying to make your life harder; we are trying to show you how to succeed. These guidelines are what you should generally follow, but there are times you can break the rules.

A great skill for a writer to have is to know which you can bend and adapt, and which needs must be met. Read on…

4 RULES YOU CAN BREAK

Wonderful blog. I never knew about this outstanding woman.

Not many people know about her.

Her resistance to segregation,

Her refusal to bow down to a system that degraded people of color made her a Pariah.

No one mentions the hardships of this StrongBlackWoman in the history books.

A woman who refused to bow down to a Jim Crow system.

Very few Americans talk about her.

She sang and danced,

And she spied for the French Resistance.

She became the first woman of color to star in a major motion picture production.

She defied the system.

In her own way, she challenged the erroneous lies promulgated by a nation.

Her departure from her country caused many people to breathe easier;

Some even said good riddance to this dancing woman who dared to dance at the Folies Bergères clothed in bananas.

The October, 2016 edition of the Author Earnings Report is out, and the surprising activity has sparked much speculation and debate.

Whereas the indie share of the e-book market has steadily climbed in the past, this last quarter of 2016 has shown a marked drop.

As a physicist, when I look at this data, what I see are several data points of continued growth, and a single point of decline. Thinking statistically, one data point isn’t significant.

These data points are a little different, though, when you consider that each “data point” consists of 3 months of data (it’s a quarterly report, roughly).

So the combined sales for three consecutive months show indie author earnings losing a significant share of the e-book market.

Three months is a long time in the e-book publishing industry.

And we’re heading into the big…

Myths of the Mirror

Eight months ago, I started the process of canceling my traditional publishing contracts and re-releasing all my books as an indie author. My reasons for the switch were detailed in two posts Goodbye Traditional, Hello Indie(Part I) and (Part II).

The process went more smoothly than I could have imagined, and I wanted to share the results:

1. I left myself 8 months to convert 6 books. Two months per book would have been easier as I was reproofing as part of the process. The advice: Create a schedule and then give yourself extra time.

2. New covers had an instantaneous sales response. Covers do matter whether traditional or indie publishing.

3. My old reviews ALL carried over to the new books. All I had to do was ask Amazon to combine the old (publisher) and new (indie) editions leaving only the new editions visible. The same phone…

Write a Halloween Haiku & Get the Kids Writing Too!

Midnight—my fabulous furry feline—inspired me to write BLACK CAT, a Halloween haiku (Haiku: a Japanese-inspired three-line: 5-7-5 syllable poetry form) and design a poster to go with the poem. Kids love illustrating their poetry.

What’s inspiring you this Halloween?
Brainstorm your list and get writing.
Have fun—don’t forget to get the kids writing too!

Here are some writer’s tricks (literary devices found in every writer’s toolbox) I used to create BLACK CAT. These tools can set a mood— they make writing and reading memorable and fun.  Check them out and see if you can discover where I used them in my poem.

Read on to find out more about these literary devices.

Black cat waits, watches…
Stalking tricksters in their web.
Spiders are her treats!

Assonance
Assonance is the…

Like Loading...
October 19, 2016 Micki Peluso2 Comments
Martin Ash, author of the widely acclaimed ‘Enchantment’ fantasy series has once again outdone himself in the art of storytelling.
Moonblood is part old fashioned mystery, part horror/thriller, paranormal and fantasy. The main character, Dinbig, a merchant who is so much more than an merchant,  admits to being flawed in various ways, not prone to any great desire in helping others or even caring deeply for their problems. Yet he does the opposite and attempts to save the day. I love this character’s wry humor and the uniqueness of the author’s other eccentric players in this often frightening, yet  charming book.
This is a story that starts out slowly and hooks the reader before the end of the first chapter. Dinbig dabbles in magic and has studied under the teachers of a sect that can leave their bodies and time travel to other astral worlds, including the home of the dead. He is happy to possess this trick especially when being chased by an irate husband, and evils beyond belief brought to life by a long lost prophesy.
In this often dark and brutal fantasy which is part Sherlock Holmes mystery, author Martin Ash’s extraordinary skills are at their best. This is not a book one can easily lay aside or forget. Readers enjoying this work which exhibits a panoply of genres as well as ongoing comedy and philosophy, will want to move on to the second book of the series, ‘The Chronicle’s of the Shaman.”
Micki Peluso

To paraphrase a wise and charismatic man –

Well – Rave Reviews Book Club (RRBC) is a place where the community does exactly that, because the premise on which it was founded is that we constantly

The idea behind this is that if we all participate in this celebration of other authors and their work, and they do the same for us, the world will get to know about us and what we do a whole faster and better than if we’re battling all on our own in a vast ocean of thousands of other writers, all trying to get their books noticed.

If you followed the last link, you’ll have an idea of what goes on with RRBC EVERY SINGLE DAY!

Poems for a contest

The moon has hidden her face tonight
Turned away from the Earth.
The clouds are scurrying away in fright
From what the night may give birth,
For tonight the veil is thin.

The wind is blowing the leaves around.
They hide in crannies and nooks.
Cowering, shivering, hope not to be found
By phantoms, ghosts and spooks,
For tonight the veil may tear.

Build a bonfire, create some light.
The spirits are afraid.
They like the shadows, shun what’s bright
And lurk within the shade
For tonight they cross the veil.

Ghouls and spectres, wraiths and shades
Return to Earth tonight.
We’re filled with dread as daylight fades.
The smallest sound will give us fright
For tonight the veil has gone.

being the holiday of choice this month, these facts and TRIVIA should help you understand and laugh at the holiday’s WEIRD BEGINNINGS! 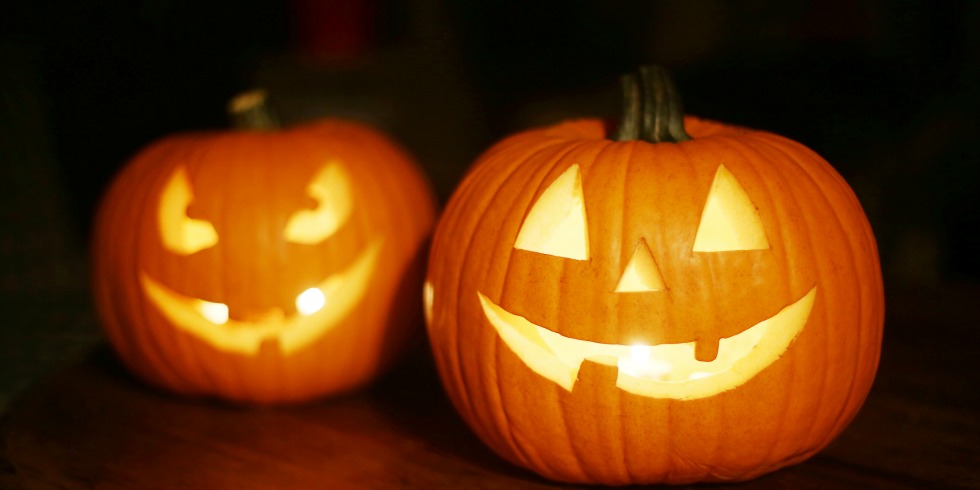 Because of the unknown, Halloween is the one of the most captivating holidays, often celebrated by both adults and children. The element of surprise makes it fun and unpredictable. Enlighten yourself with Halloween trivia and fun facts to enjoy the holiday even more. Take the trivia and make a quiz for your next party!