True story of a cat who wants his own little dog but is in for a big surprise Hi boys and girls, I’m Toby, a handsome cat if I say so myself. I do whatever I want but Grandma and Grandpa think they own me! My favorite thing is to take Grandma’s shiny jewelry and hide it. Grandpa is still looking for his favorite pen. I have one friend, Casey, a wild cat who lives outside but she tells me through the screen door about the outside world. I was a happy, cool cat until—well, read what I wrote about the day Grandma invited the ‘Monster’ to visit. Yikes!
And Kids, please try to color in the lines when you color me. I am a bit fussy about my hair. When you read the book you’ll find out why!!!

Here’s what I look like in real life. I’m also a…

This upcoming collection of haiku reflects the Maine I know and love. Here is a sampling of several stanzas from the section Winter Tales. I hope you enjoy them and would appreciate your comments. I plan to edit and format the collection during the holiday season, and hope to publish my first poetry book—MY MAINE, Haiku through the Seasons—early in 2019. ~Bette A. Stevens, Maine author

(Selected samples fromMY MAINE, Haiku Through the Seasons by Bette A. Stevens)

Something Furry to warm your heart>

This friendly face belongs to Chicki – she is one of the favourite ones in the life of her human, Australian author, Margaret Lynette Sharp, who writes sweet romance novels, as well as Regency period dramas based on our favourite characters from “Pride and Prejudice”. 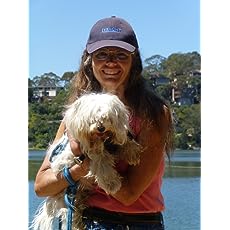 Here is a link to her website:https://www.amazon.com/Margaret-Lynette-Sharp/e/B00834SYCQ as well as a link to one of her ‘Pride and Prejudice Variation’ Novels.

MarethMBotha
The New Generation At Pemberley and Rosings

Format: Kindle Edition
I’ve enjoyed reading this collection – a gift from the author – of Elizabeth and Fitzwilliam Darcy’s lives which become more entwined with her sister, Mary, and Mr Collins, when their son becomes infatuated with Emily Collins – Lady Catherine de Bourgh’s musical protege. Ms Sharp displays exceptional ability when using Regency English and natural, flowing dialogue. I last enjoyed Jane Austin Fiction this much when I read “Pride and…

I’ve only spotted a dozen monarchs here at the farmstead in Central Maine this summer. Recently, two delightful specimens danced around the garden where I encourage milkweed to grow alongside the flowers, herbs, fruits and vegetables that we harvest. I grabbed my camera just in time to capture one of our regal visitors pirouette upon the peppermint. ~ Bette A. Stevens

This is a book you don’t want to miss. 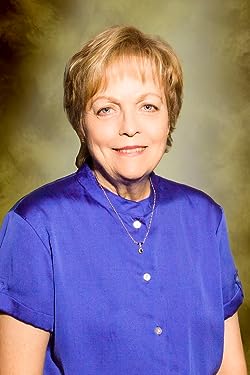 Over to you Joyce:

When I Decided to Write a Book

I was watching a history channel production of “The American Dust Bowl.” It particularly interested me because I live in West Texas which is definitely a barren and dusty place. I remembered my parents telling stories about the time in the Twenties and Thirties when they lived on a family farm. Their stories were exactly what TV shows had portrayed. I was a literature major and had constantly read, so I was familiar with historical fiction literature. It was…

This is something to refer to when editing.

Thank you, Chris! Click photo for his great blog!