Something writers should know 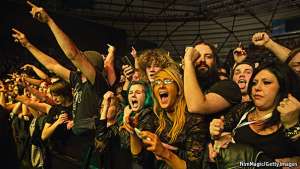 I often argue that we can learn a lot from the music industry. Namely, I see it as an indicator as to what to expect in a few years’ time.

That’s why I was intrigued by a recent article in the Economist, detailing the state of today’s music.

Once upon a time, record-industry executives could all but weigh their profits on scales. Literally: each pallet of compact discs (CDs) they sold translated into predictable quantities of cash for them and, second, for singers and songwriters.

In 1999, the year the music-sharing service Napster was founded, wholesale revenues in the industry peaked at $23.7 billion. Then they began a slide that has since continued almost without interruption.

Until now.Growth in the digital streaming of music helped industry revenues to expand by 3.2%, to $15 billion, last year. That was

One thought on “The Future of Publishing: Lessons from the Music Industry”